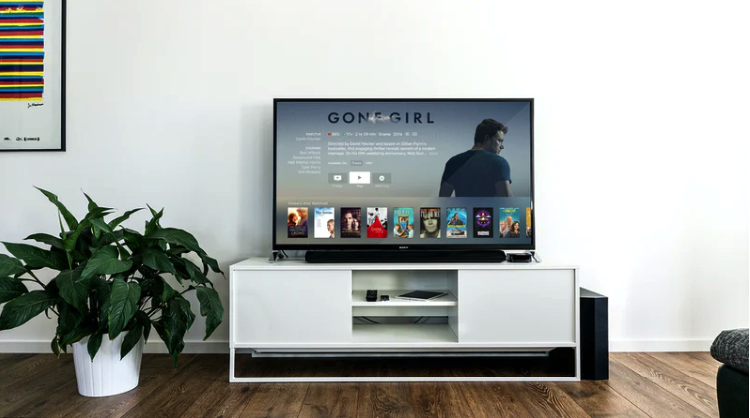 Phone Vs Television Vs Tablet

Though invented as early as the 20th century, televisions became popular or more easily accessible in the 1980s. With time, screen technology developed further and having a television set at home became a very common thing. Before television became the medium of the masses, most people were content with listening to audio programmes on radio. While cinema introduced them to the motion picture medium, television brought the same medium to their homes. Television enabled people to have an audio-visual experience in the comfort of their homes. One could watch news programmes, fiction shows and movies across a wide range of channels. All this became possible because of the advent of cable television. Today, people have moved on to consuming content on television via Direct-To-Home (DTH) broadcasting service.

The television set went through its share of evolution. From being a bulky and large-sized set that featured a cathode ray tube (CRT) supported screen to arriving in an LCD or LED screen setup, the TV has gone through a massive shift in its shape and structure. But, technology has evolved in a lot of other ways and now you have the option to consume audio-visual content on different devices like smartphones and tablets. So, TV is no longer the only device through which you can consume video-based content while sitting at home. Have devices like phones and tablets surpassed TV as far as popularity is concerned? Or, does TV continue to rule this space?

Let’s compare and find out.

If there is one area where TV falls short and lags behind a phone and a tablet, it’s this. A television set is not portable. In fact, it takes a lot of effort to carry a TV. When somebody invests in a TV set, they start by marking out the area in their home where they will be installing the TV set. Transferring it from one area in the house to another itself is an arduous task. It is not a device that you can carry along with you to different places. On the other hand, a smartphone or a tablet can be carried around easily. You can enjoy your favourite show or a film while you are on the go on your tablet or smartphone screen.

When it comes to screen size, television clearly has an upper hand over a tablet or a phone. While a lot of people have got used to watching content on smaller screens, a lot of people still value the appeal and satisfaction associated with watching a show, film or any video content on a large screen. These days, you get smart TVs, some of which can be as large as 200 inches wide. People who install such large television sets get the kind of audio-visual experience that is similar to watching a film on the big screen. You can view the same content on a phone or a tablet but the experience just would not be the same.

People who lead very busy professional lives view content on phones and tablets more often than they do on television. Phones give them the scope or the freedom to reply to a message, check their e-mail and even schedule a meeting for the next day while playing a video at the same time. Earlier, the only thing you could do on television was to watch a video-based programme. Now, with the advent of smart TVs, you get to do most of the things that you could earlier do only on your phone or tablet.

There is no clear answer as to which among a TV, phone and tablet is the best screen to watch films and other audio-visual content on. If you own neither of these three devices at the same time and are not sure as to which is that one device you should be shelling out your savings on, then you must find out what your priorities are.

If you need a device that would enable you to make calls and watch content while you are on the move, buying a phone or a tablet would be a good idea. If you like to watch movies only when you are at home with your family and crave for a good large-screen experience, then buying a TV would be a better bet for you.

We Need Lions To Eat The Unicorns